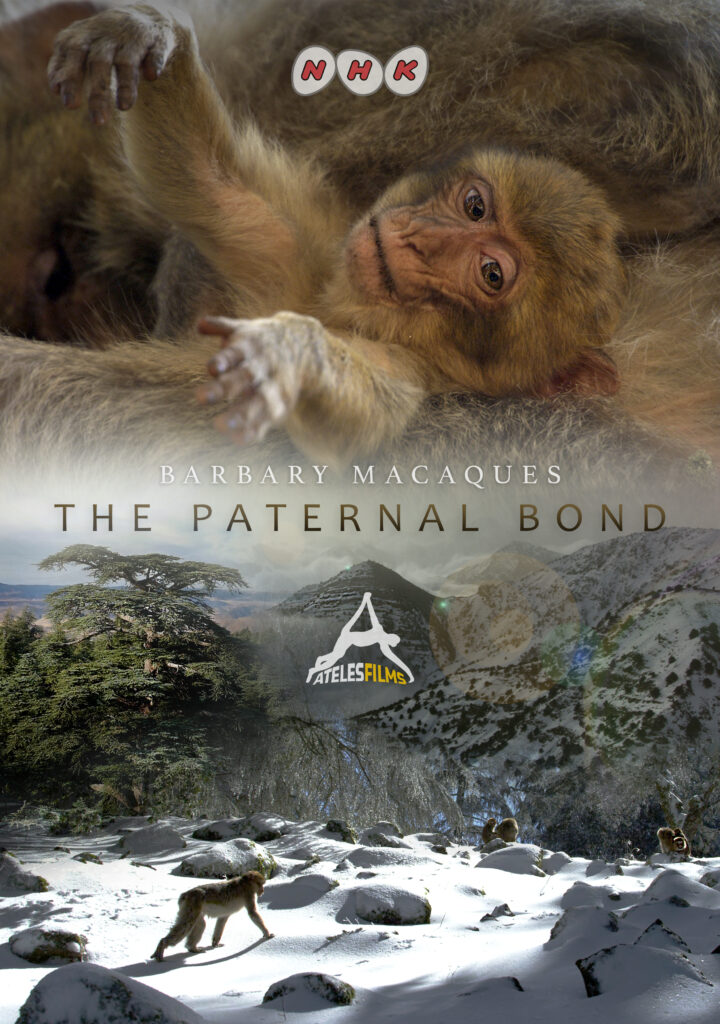 The Sahara Desert covers a large part of North Africa. This scorching great desert is outlined by snow-capped mountains on the north. This mountain range is called Atlas Mountains which stretch for about 2000km east to west. The Mediterranean supplies moist-laden air to the north face of the mountains which brings rain and snow. The mid-slope of the mountains is covered by conifer forests. The forest is home to Barbary macaques, the only kin to Japanese macaques found in Africa. Barbary macaques are rare and endangered species, and their life style is also unique. Barbary macaques live in groups, but there are no distinctive hierarchy or ranking as found in Japanese macaques. They are not belligerent, and males seem to be much more interested in child rearing than battling. Males gain respect and trust from other members for his ability to nurture as many baby monkeys as possible. Baby monkeys are the keys to maintain strong bond among the group. In the breathtaking backdrop of Atlas Mountains, viewers will enjoy the amazing life of these rare macaques.