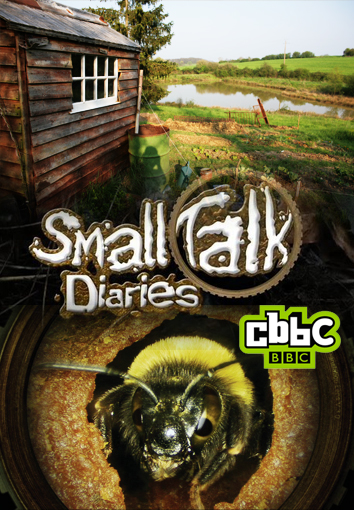 Do you ever wonder what it’s like to be a bug? Well, you’re about to find out! With the help of a startling new invention, The Translation Lens, which can actually translate the thoughts of small creatures into language we can understand.

The shocking truths of the world of Smalltalk Diaries include ants shooting acid, dragonflies that reach speeds over 50 kilometres per hour, bluebottle flies inflating their heads like balloons and spiders dressing up as flowers.

We’ll take you on a hilarious yet informative buzz among some of the worlds most outrageous characters as they go about their daily business – keeping our planet running.