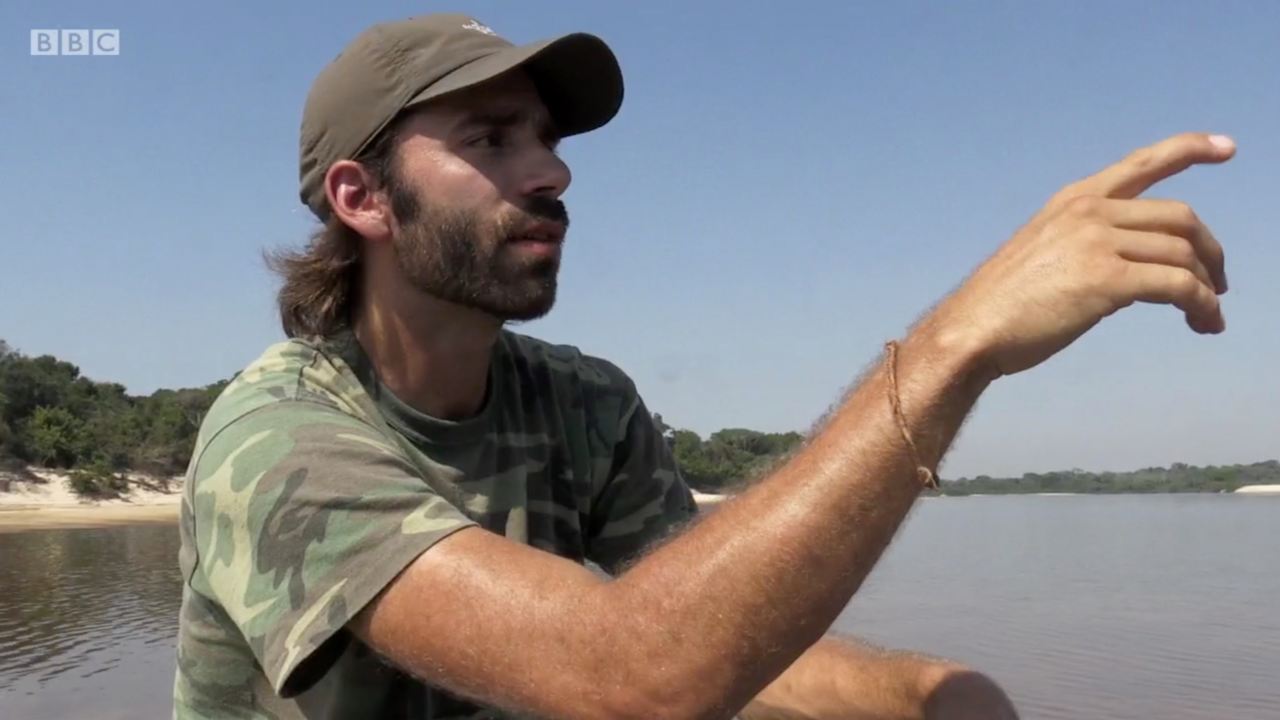 2022 – Drone Cinematographer – Going Circular, Off the Fence for Arte
A 89 min feature documentary tells the story of four visionaries from around the globe, whose thinking shapes and informs the concept of circularity.
Premiere Date: 21 April 2022 (Germany)

2020 – Producer – Spider Monkey for Sale, Ateles Films
This micro movie shows what is the true cost of wanting and owning a baby monkey as a pet.
Festival release date: 18 September 2020 (Portugal); October 2020 (Germany)

2016-2017 – Director/Producer/Cinematographer/Editor – Pyrenees Mountain, Ateles Films for NHK Japan
A 59 min blue chip natural history and conservation film that shows the life of the lammergeier, one of the most endangered bird in Europe and all the effort made to save it from extinction.
Broadcast date: 07 August 2017 (Japan)

2016 – Director of Photography – Mosquito, Ateles Films for Yap Films/Discovery Channel
This documentary educates those who are unaware of the dangers posed by mosquitos worldwide.
Broadcast date: 06 July 2017 (Worldwide)

2010-2016 – Director/Producer/Director of Photography/Editor/Writer/Author – Return of the Spider Monkeys, Ateles Films for Nat Geo Wild/Arte
A 50 min documentary that follows the life of Infinity, a female spider monkey, showing all steps that she goes through from the moment she was rescued from the illegal pet trade in Guatemala until the moment she was released and living back in the jungle without any human intervention.
Michael has been developing this idea since 2003. He witnessed in first person what happens after release back into the wild without human intervention. He shot, directed, produced, wrote and edited the film.
Broadcast date: 14 December 2016 (France/Germany); 07 May 2017 (Worldwide)

2015 – Cameraman – Wie Elefanten denken/Mind of a Giant, Off the Fence for Vulcan Productions/ZDF Terra X
A 60 min documentary that explores what it is like to be an elephant, as revealed by revolutionary new research.
Premiere Date: 10 January 2016 (Germany)

2014-2015 – Director of Photography – Holland: Natuur in de Delta, EMS Films for Cinema
A 96 min cinema feature film that explores the life cycle of multiple wild animals in the by-humans created Delta of the Rhine and Meuse in The Netherlands.
Cinema release date: 24 September 2015 (Netherlands)

2014-2015 – Producer/Director of Photography/Editor – Barbary Macaques: Childcaring is the man’s job*, Ateles Films for NHK Japan
A 59 min film following the life cycle of North Africa’s only monkey species, the Barbary Macaques in Atlas Mountains of Morocco during all seasons.
Broadcast date: 02 March 2015 (Japan)

2012-2013 – Director of Photography – All the Wild horses, 3rd-i Films, Guerilla Docs, Martilo Pictures, Ateles Films, Mongolia
A feature documentary about the Mongol Derby horse race, the longest and toughest horse race on earth, over 1000km of Mongolian wilderness, and easily the most epic and dangerous, as it leads through 650 miles of Mongolian steppe, desert and mountain ranges.
Premiere Date: June 2017 (United Kingdom)

2012-2013 – Director of Photography – Living on the edge, Vogelbescherming/New Earth Films for VARA/Vroege Vogels
2-Part series about bird migration from the Netherlands to the Sahel in West Africa, where birds come into conflict with man and must survive crossing the Sahara.
Premiere Date: June 2013 (Netherlands)

2010 – Director of Photography  – Oerpinda, Jack Klijn/New Earth Films for National Geographic Channel
In November & December 2010, Michael J. Sanderosn shot a commercial for Jack Klijn, about their new peanut the OERPINDA. He shot for a week in every location, from the rainforest to salt plains and cities, to show the diversity of Bolivia where the peanut has its origin. This film was aired on National Geographic channel and in the cinema in the Netherlands.

2010 – Cameraman – Egypt Press Trip, New Earth Films for National Geographic Channel
During October 2010, Michael J. Sanderson accompanied a press trip highlighting the new Egypt series to be broadcast on the National Geographic Channel. The trip took them to the Giza Pyramids and Sphinx, and the tomb of the Silver Pharoah north of Cairo near Tanis.

2009 – Producer/Director of Photography – Chernobyl’s Radioactive Wolves – BBC & ORF & NDR & PBS
This production was a concept that Michael J. Sanderson developed alongside Stefan Huck in 2007, where they radio collared and monitored the increasing wolf population around the Chernobyl Nuclear Reactor and its surrounding exclusion zone. Michael J. Sanderson, completed over 40 days of filming in 2009 on the new Red Digital Cinema camera the RED ONE.

2013-2017 – Camera Operator/Editor (Aerials & Ground) – Natuurbeelden, Beeld & Geluid, The Netherlands and The Dutch Caribbean
An audio visual project filmed in 12 locations in The Netherlands, Bonaire and Curacao for The Netherlands Institute for Sound and Vision