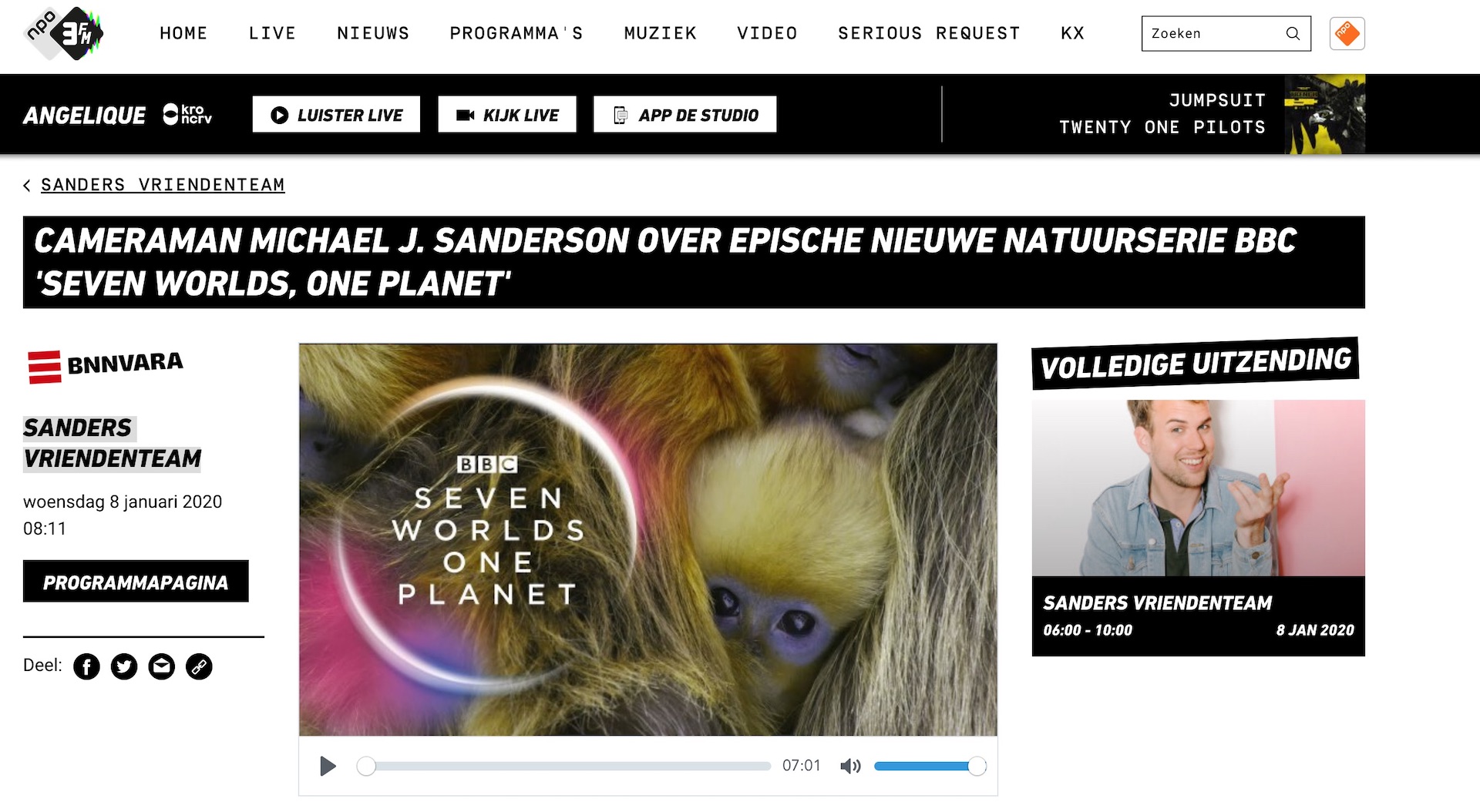 Today Michael Sanderson from Ateles Films was invited to the Dutch radio show “Sanders Vriendenteam” on NPO 3FM at 08h11 to talk about the BBC series called #SevenWorlds narrated by Sir David Attenborough.

‘Seven World One Planet’ is being broadcast in The Netherlands in the channel NPO every Wednesday at 20h30!