It is a pleasure to share that our recent film “A WILD FOX LIFE” will be broadcast in Servus TV, Austria !!!

If you are in Austria or you can receive Austrian TV in your country*, tune in for the Premiere broadcast on: 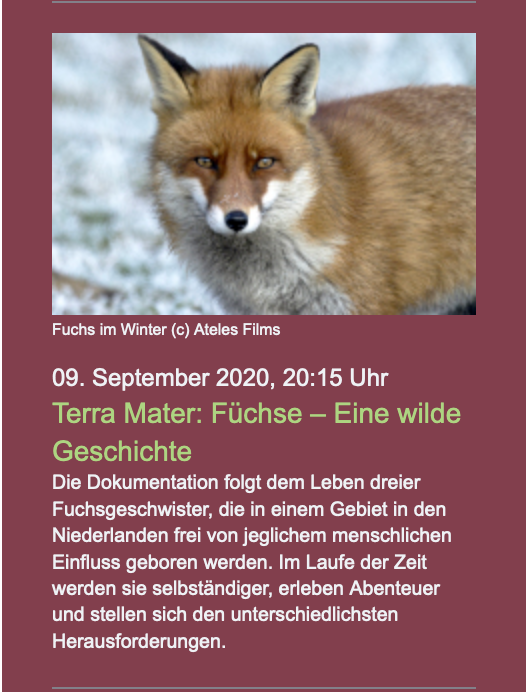 The official documents from Servus TV and  for the Press are also available HERE!!